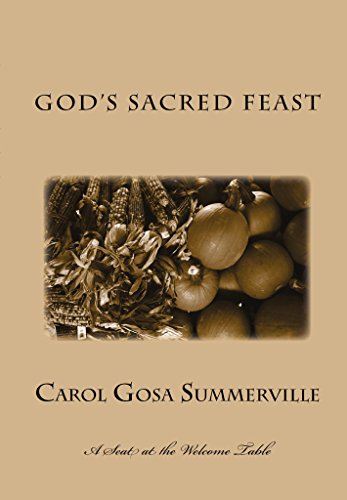 God’s Sacared Feast is the second novel in the series “Chronicles of the Hamlet of Sipsey.” Set in the fictitious town of Sipsey, Alabama, in 1965, it continues the drama that shapes the lives of the characters introduced in “The Burden of Sweetberry.”While Sipsey is trying to recover from a heartbreaking tragedy, other problems arise.A robbery occurs and an unpopular suspect is charged with the crime. Without knowing whether he’s guilty or not, the townspeople declare their hatred of him and convict him in the court of public opinion. Meanwhile, Deacon Branhope “Sugarfoot” Collins, flirts with celibacy after he’s brought before the deacon board for being named in an embarrassing scandal. As he struggles to control his actions, he’s tempted by lust and fantasizes about a mysterious love.Deacon Johnny Goines, the moral center of the community, is stricken with grief when his youngest child is mortally wounded and he has to go before the throne of grace and beg for mercy.Finally, Sister Jericho, formerly known as Sweetberry, is shocked and her faith tested when Janelle returns home with two strangers and she’s faced with the challenge of accepting one and forgiving the other. God’s Sacred Feast brings these characters to the welcome table and offers comfort, forgiveness, and redemption to their feisty and flawed souls.