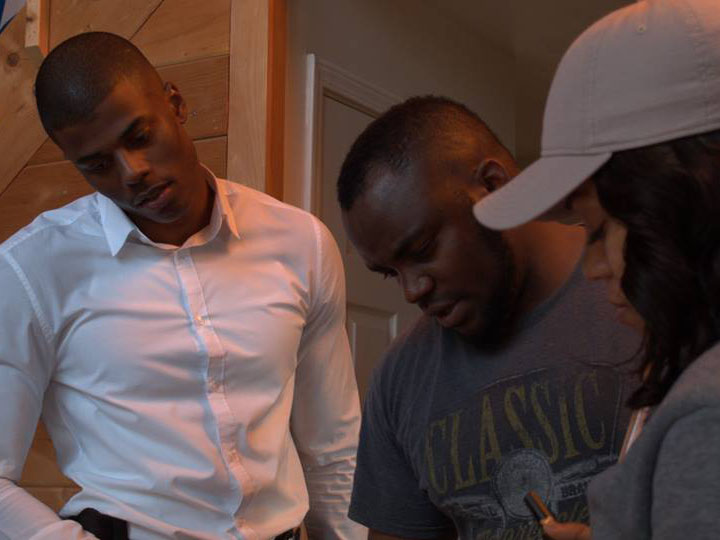 Embryonic filmmakers often derive joy in learning that many of their favorite directors had uncertain beginnings, in their journey of producing short films that have been visually underwhelming and thematically neurotic. (See Darren Aronofsky’s god-awful first attempt to adapt Hubert Selby, Jr. for the screen in his 1992 short, Fortune Cookie.)

In between the same lines, though, those early short films hail to unequivocal critical acclaim, propelling their novice creators into the limelight while wooing financiers to fund their succeeding features. To portray what it takes to make it big in Hollywood, Lee Kameron the BAKASSI, African born Writer and Director is taking the route to Write and direct 2 incredible socio-humanistic shots that are taking the same path of the world’s most successful 16 famous short films as listed bellow:

Just to name a few.

These short films helped launch the careers of the above filmmakers who later went on to being some of the greats. I take it that KAMERON, Lee used these as inspiration as he understands that “raw talent exists but no one starts at the very top.”

In December of 2015, Kameron’s debut short The World in the Wall, A military film on veterans’ struggles with Post-traumatic stress disorder (PTSD) was shot and kept to be taken to post alongside his second and current short film THE BLUE SHADE a movie on Human trafficking and domestic violence.

From the way these projects are coming up, Kameron and his team are ready to sweep the festival circuit, with top prize wins. According to close contacts, Kameron’s target is not only the Cannes and or the Sundance, “He is ready for the Oscar nominations too. “

As per the information on a call sheet that was picked up from the BLUE SHADE MOVIE set by one of our field investigators, the short film has an important message to pass unto the world as being brought to life by a very selfless and talented cast and crew that flows from the beautiful precocious young female protagonist Kelly Azia who plays “SHADEY” to “BADO” the antagonist played by Robert Jones through Beverly White played by Brandi Pittman with the excitement to learn of stuntmen Tanner Byle, Diezie Ivan Sahn, Obio Jones, Juanita gate, Olga fingerman, Kelving Hamner, Ken Whitman, And the all presidential Sergeant Marcus played by Derek Russo, Doctor Marcus by Gerald Blackford. Bridget John joined emotions with Elechi Wordu to bring to life an international scenario. Robert Biscardi reps the crew in front of the Camera with his police prop cars and talent while Lee Kameron, Omovueme Emasealu and Jasper Thomas guarantee the production. Michael Nanh Dinh assured the cinematography assisted by Eze Zeco.

The Blue Shade’s logline: A Young Naïve high school graduate accepts the offer to travel and live abroad with a man that killed her father 10 years earlier.

To the best of my knowledge and 25 years of experience in the film industry, Lee Kameron has learned from the pros and has come to stay.  Be inspired by this.

Our staff is committed to showcasing authors who care about diversity throughout the U.S and abroad. We hope you enjoy our literary offerings, and we welcome your requests and comments. Enjoy!